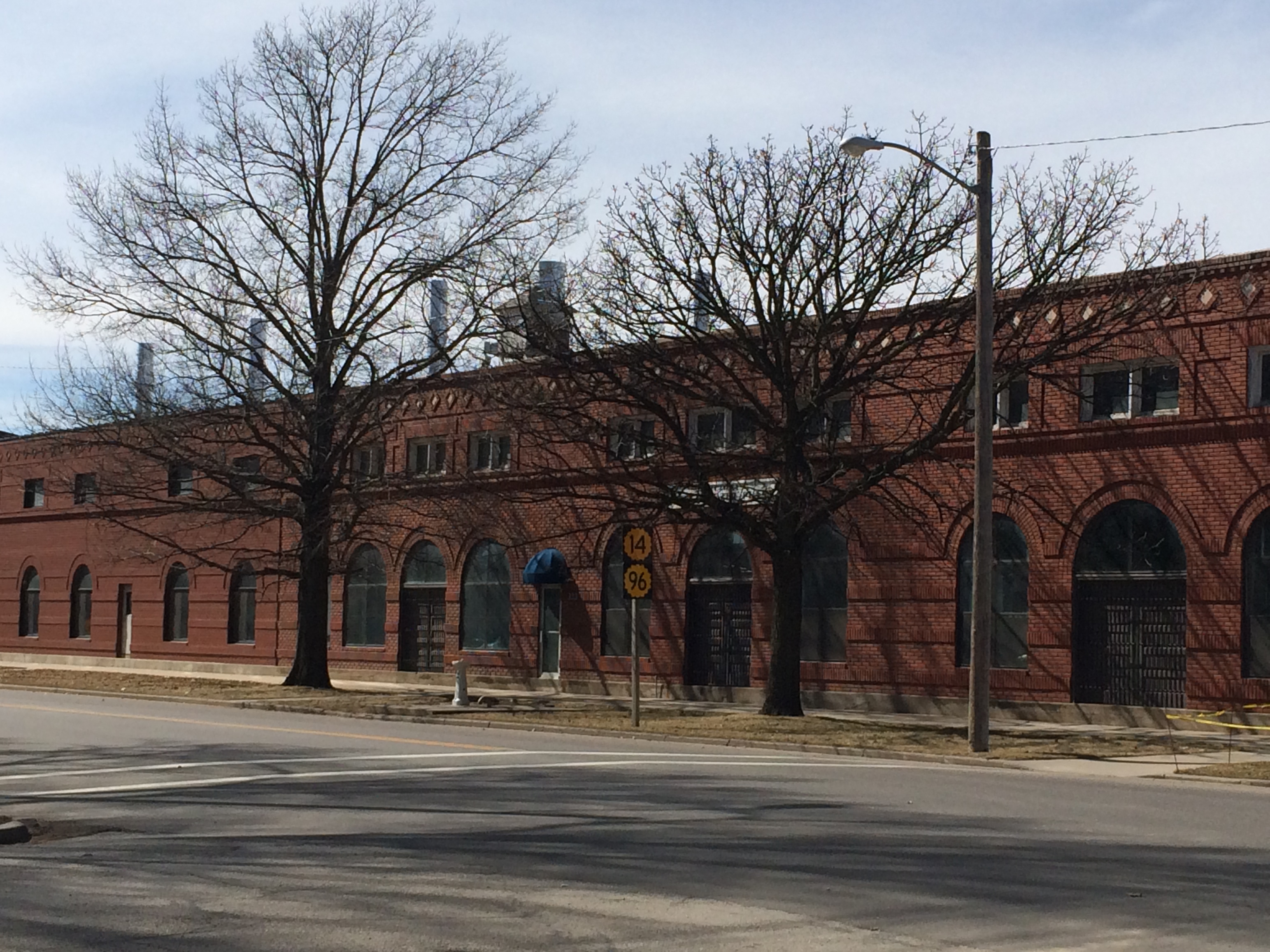 In 1887, a privately owned and operated light plant was established in the building that houses today's Sterling Police Department. Electric light was quickly becoming a popular source of illumination for streets, stores, and public buildings; however, the fledgling plant was far from satisfactory in providing reliable electrical energy.

Two years later, in July of 1899, the plant was purchased by Sterling businessman, George Morris. He immediately began upgrading, overhauling, and installing new equipment. Two new boilers (110 horsepower (hp) and 80 hp), one *850-light dynamo, and a *1000-light Edison dynamo made up what would become a profitable and efficient business for Mr. Morris, turning a profit for the first time in the plant's short history.

(*one light = approximately 16 candlepower or watts) Records are a bit sketchy, but at some point early during the first decade of the 1900's, the location of the power plant was shifted from its downtown location to the location of the present-day facility at Broadway and Washington. Part of the original brick structure can still be seen from the sidewalk on the north side of the facility.

In March of 1910, excess steam from the facility was piped to the south to help heat the large school building located on the northwest corner of Broadway and Adams. (Some of these old lines were uncovered during the 2001 expansion project on the new south wing.) By April of 1910, a franchise was passed for a 20-year period to the Morris Electric Company. Sterling continued to grow and so, too, did the demand for electricity.

In August of 1916, the City issued bonds in the amount of $45,000 to purchase the G.A. Morris light plant and distribution system. This started the City's involvement in municipal power.

By 1939, the City was once again tasked with an important decision regarding the production of electricity. A 5-year contract had been signed with REA (Rural Electric Association) to provide power to the east of Sterling for 450 rural customers (along with 90 additional customers by the time the contract was signed). By 1939, the unit capacity installed in 1928 and 1931 would be pushed to their limits. Sterling needed to decide if they should add on to the existing building to house a new unit, or rebuild the plant with all the new equipment in a different location in town. A new location would reduce the noise and vibration in the residential area. A public meeting on the proposal was held September 14, 1939, and on September 19, 1939, the citizens of Sterling were asked to vote on the question, "Should the location of the Municipal Power Plant be changed, and the plant itself be improved to conform with modern requirements?" Apparently, by virtue of the location of today's plant, the answer was "no."

With the decision to stay put at the current location, and with the removal of all steam equipment, a new wing was built to the west that would house a new unit, plus room for one additional future unit. A 1,000-hp Busch-Sulzer engine was installed in the west addition in 1940.

In 1965, the City installed a sub-station for a supplemental outside power source with KP&L for use to offset loads that were gradually exceeding the limits of the plant's capacity. In October of 1965, the City ceased being an "island" and purchased its first outside power. For the next 20 years, though, Sterling continued to generate most of its own power around the clock.

During the early 1980's, Sterling made a decision to discontinue 24-hour electric production and purchase the bulk of its power needs from outside sources. Low-cost, off-season base load capacity was coming on-line around the state and region in the form of coal, nuclear, and federal hydro-dams. A small electric boiler was installed in the plant basement to maintain warm jacket water temperatures for the engines which facilitates rapid start and load capabilities in case of an unexpected outage. Sterling's power plant would become a "peaking" plant and run only during seasonal periods of high power demand and prices on the regional grid. The plant continues in that capacity still today.

During the early and mid 1990's, Sterling's increasing electric demand was approaching the capacity limit of the plant (6 Megawatts). The loss of breakage of any of the four units would have put the City in an undesirable position to purchase outside power during periods of high demand and prices. This began the consideration of updating our tie capacity, as well as adding additional units to cover the damage during the warm month "peaking" periods. In 1996, the plant sub-station (located directly west of the facility on the alley) was upgraded to increase the tie capacity and improve relaying equipment to eliminate "brownouts", as well as replacement of the old-style switchgear in the building. In 2000, several Sterling representatives made a trip to Bisbee, Arizona to look at three used Nordberg dual-fuel engine and generator sets that had been mothballed some years earlier. These three units would represent 4.5 Megawatts of additional capacity for the City. The purchase was made, and in 2001, the units and auxiliary equipment were dismantled and shipped to Sterling, overhauled, and set in a new expansion wing added to the south of the current facility. These 1,960-hp units all came on-line in May of 2002 and are still serving to add needed flexibility to our facility.